In This Section ▾

The RSIC is governed by eight commissioners: six appointed members, one elected member, and one ex officio member.

By statute, the Governor appoints two members. The State Comptroller General, Senate Finance Committee Chairman, Treasurer, and House Ways and Means Committee Chairman each appoint one member of the Commission. The elected member represents the state retirees and must be unanimously approved by the voting Commissioners. RSIC Commissioners serve staggered four-year terms and have oversight of all system operations, including the annual budget, policy determination, legislative proposals and investment policy.


Mr. William H. (Bill) Hancock, CPA brings more than 25 years of experience in financial and accounting services. He is a Certified Public Accountant and the managing partner of the Brittingham Group, LLC located in West Columbia, South Carolina.

He joined the Brittingham Group as a staff accountant in 1992 and was elected managing partner in 2013. For over 10 years he was responsible for the Firm’s investment advisory/financial planning practice before successfully selling it, requiring him to surrender his Series 7 and 66 securities and South Carolina insurance licenses. Today, he continues to provide income tax planning and preparation services for individuals and business as well as providing audit/attest services for municipalities, non-profits, special purpose districts, and various political subdivisions.

As an active member of the community, Mr. Hancock is an Elder at Forest Lake Presbyterian Church, has served as the Chair of the Finance committee, serves on the Endowment committee, and is on several ad hoc committees for the church. He also serves on the board of directors and the finance committee for Presbyterian Communities of South Carolina (PCSC). PCSC has six Life Plan Communities across South Carolina and is a compassionate Christian ministry dedicated to enriching the quality of life for seniors of all faiths.

A proud graduate of the Citadel, Mr. Hancock graduated in 1990 with a Bachelor of Science degree in Business Administration with a concentration in Accounting. He also studied at the University of South Carolina’s Moore School of Business.


Ronald Wilder is a Distinguished Professor Emeritus of Economics at the Darla Moore School of Business, University of South Carolina, where he conducted research and taught courses in microeconomics, managerial economics, industrial organization, government and business, and health economics.

During his 36 year tenure at the University of South Carolina, Dr. Wilder taught undergraduate and graduate economics and directed many Master's theses and Ph.D. dissertations. He also taught managerial economics in the MBA program, including the televised PMBA.

His administrative assignments included service as Chairman of the Department of Economics from 1987 until 2002.

Dr. Wilder has published many articles in economics journals, as well as several monographs. He has also completed consulting assignments in areas such as antitrust policy, public utility regulation and valuation of economic losses. His current research interests include health economics, regulation, and financial economics.


Dr. Rebecca Gunnlaugsson is an economist specializing in public finance and labor economics with proficiency in statistical data analysis and economic modeling. She has extensive experience in business consulting concentrating on strategic planning, project management, and firm-wide technology implementation.

Dr. Gunnlaugsson has served as the Director of the Division of Research and subsequently Chief Economist at the South Carolina Department of Commerce. In these roles, she directed federally funded Department of Labor programs responsible for the development of state and local occupation growth projections, industry cluster analysis, and workforce program evaluation. Additionally, she led research teams conducting economic and fiscal impact analyses of economic issues impacting South Carolina, including state, local, public, and private infrastructure and development projects. She has done extensive research on taxation and optimization for long term economic growth, having testified before the 2010 South Carolina Tax Realignment Commission (TRAC) and the 2017 South Carolina House Tax Policy Review Committee, as well as having served on the 2016 Governor’s Local Government Competitiveness Council.

Her experience also includes that as a senior technology consultant for Accenture where she was involved in firm-wide business and technology implementations for clients which included state governments, state universities, hospitals, and large national corporations. Dr. Gunnlaugsson is currently a principal at Acuitas Economics, where she specializes in statistical analysis and econometric modeling to develop interactive, visual methods to deliver data-driven insights and recommended policy solutions.

Dr. Gunnlaugsson received her Bachelor’s and Master’s Degrees in Mechanical Engineering from the Massachusetts Institute of Technology and her Ph.D. in Economics from the University of Michigan. 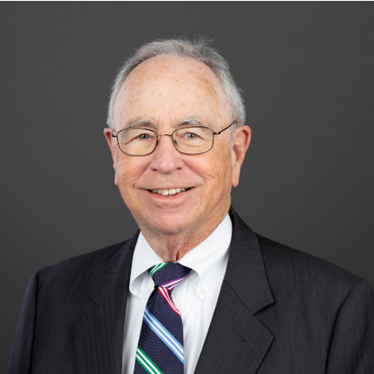 J.D., CFP, Commissioner
Appointed by the Chairman of Senate Finance


Mr. Reynolds Williams is a native of Mullins, South Carolina.

For his service in Vietnam he was awarded the Bronze Star and the Combat Infantry Badge.

Mr. Williams is a recipient of the American Jurisprudence Award in Contract Law and was admitted into all state and federal courts in South Carolina, the United States Court of Appeals for the Fourth Circuit, and the U.S. Supreme Court.

He has served as chairman of several arbitration panels of the National Association of Securities Dealers, the American Arbitration Association, Florence County Election Commission, the Duke Private Adjudication Center, Board of Florence National Bank, and Greater Florence Chamber of Commerce.

Mr. Williams was a Faculty Seminar Participant at the 1991 U.S. Army War College. He also served as Director of IRIX Pharmaceuticals.

Mr. Williams was the President of the S.C. Chapter of the Federalist Society and is a member of the Defense Research Institute, American Board of Trial Advocates, and South Carolina Defense Trial Attorneys Association.

He has served as Vice-Chairman of the State Board for Technical and Comprehensive Education.

Mr. Williams is recognized in the following books: Leading Lawyers in America, Super Lawyers, and The Best Lawyers in America. In 1999, Governor Beasley awarded Mr. Williams the Order of the Palmetto, South Carolina's highest honor, for his public service, civic responsibility, and friendship to the State. In 2001, he was named Business Person of the Year by the Greater Florence Chamber of Commerce.

The University of South Carolina School of Law recognized Williams as a Compleat Lawyer, for his 30+ years of "exemplary service" to the bar and the public.

A former Certified Financial Planner (CFP®), Mr. Williams was recognized in a Concurrent Resolution of the S.C. House and Senate for his leadership during the Investment Commission's formative years. 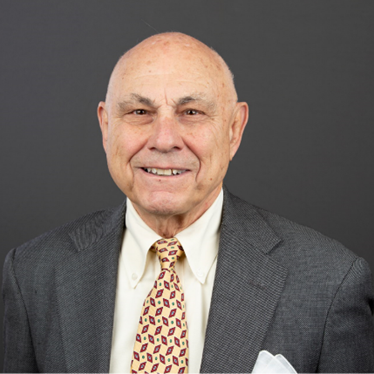 MBA, Commissioner
Appointed by the Governor


Mr. Edward Giobbe is a resident of Aiken, South Carolina. He has 37 years of experience in financial services and a diverse background that includes equities and fixed income in the areas of trading, sales, and investment banking.

He was a principal in the Fixed Income Division of Morgan Stanley Inc., in New York from 1978 until his retirement in 1995. Mr. Giobbe served as a member of the City of Aiken Planning Commission and remains active in community affairs.

He earned a Bachelor's degree from Yale University and MBA from the New York University Graduate School of Business Administration. 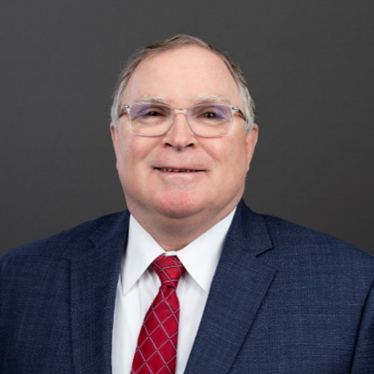 
Mr. William J. Condon, Jr. (Bill) is a Certified Public Accountant (CPA) and an attorney. After graduating from Clemson University with a B.S. in Accounting, he began his accounting career with Ernst & Young and in short order became a CPA. At the accounting firm, he held positions in the audit and tax departments, serving as an Audit Manager during the last three years of his tenure at E&Y. He managed the audits of clients in various industries including audits of companies in the financial services industry.

His experience also includes having served as Chief Financial Officer for a government agency. In this role, he oversaw the banking and investment activities as well as the Accounting, Human Resources, and Information Technology activities at the agency. Eventually, Mr. Condon transitioned from the public sector back to the private sector, serving as a Senior Consultant for a Silicon Valley-based software development company that serviced clients throughout North America.

Mr. Condon began his legal career as a trial attorney for the United States Department of Justice litigating civil rights cases. Looking to blend his accounting/finance experience with his legal skills, he later served as a securities-enforcement attorney for the South Carolina Attorney General’s Office, as a securities-compliance and litigation attorney in private practice, and as a tax attorney litigating significant tax cases for the South Carolina Department of Revenue.

Today, Mr. Condon is an attorney for the South Carolina State Treasurer’s Office where he has served as both Deputy General Counsel and the General Counsel and has worked with many large financial institutions on custody, securities lending, Section 529 college savings program, and other banking and investment matters. 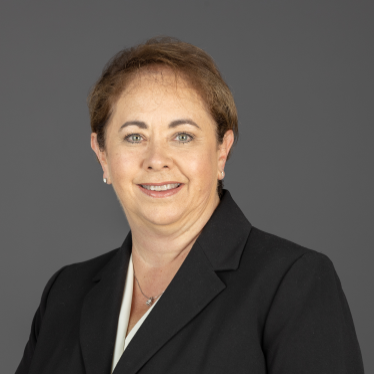 CPA, Commissioner
Appointed by the Chairman of the House Ways and Means Committee


Mrs. Melissa B. (Missy) Schumpert, CPA, is a certified public accountant who has spent a significant portion of her professional career as the Director of Administration for the McNair Law Firm, P.A., which is now Burr & Forman LLP.

In her role, Mrs. Schumpert served as a member of the senior management team and managed all financial, human resources, information technology, knowledge management, and administrative personnel and functions for all the firm’s offices. In addition, she also served on the Retirement Plan Committee which included establishing and monitoring the compliance of the plan’s investment policy. She served a crucial role in the successful integration with Burr & Forman LLP to facilitate the merger and is now responsible for the administration of the firm’s six offices across the Carolinas.

Mrs. Schumpert earned a Bachelor of Science in Accounting from Clemson University. She has served on the Clemson University Board of Visitors and currently serves on the Senior Advisory Board for the College of Business. 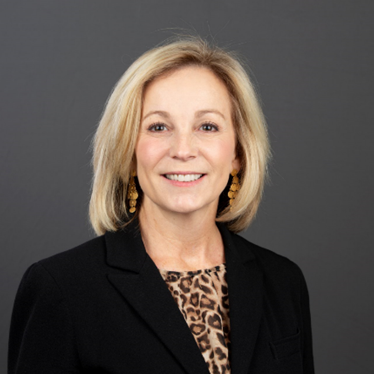 A native of Wagener, S.C., Mrs. Boykin earned a bachelor's degree in business administration from the College of Charleston in 1981 and her certified public account (CPA) accreditation in 1985. Also, she is a graduate of the Budget and Control Board's Executive Institute and the Governor's Center at Duke University. Mrs. Boykin received her certified retirement administrator designation in 1999.